Bank of Baku decided to repeat the success of the 2011 year and give second wind to Bolkart - no-interest credit card for the purchase of goods and services - uniting more than 500 brands under one umbrella.

We launched Bolkart brand back to 2011, and now we had a task to revive it.

JIS conducted the survey on the market and identified the desire of the target audience to have access to more brand stores by using Bolkart. Based on this, we announced the new communication strategy - 'Favourite brands with Bolkart'.

We promoted this idea through the different advertising channels: billboards, banners, bus stickers, ads in cinemas and in Youtube, radiospots and TV band ads, as well as social media advertising with Bolkart styling and character.

Advertising on the radio; spot 1.

Advertising on the radio; spot 2. 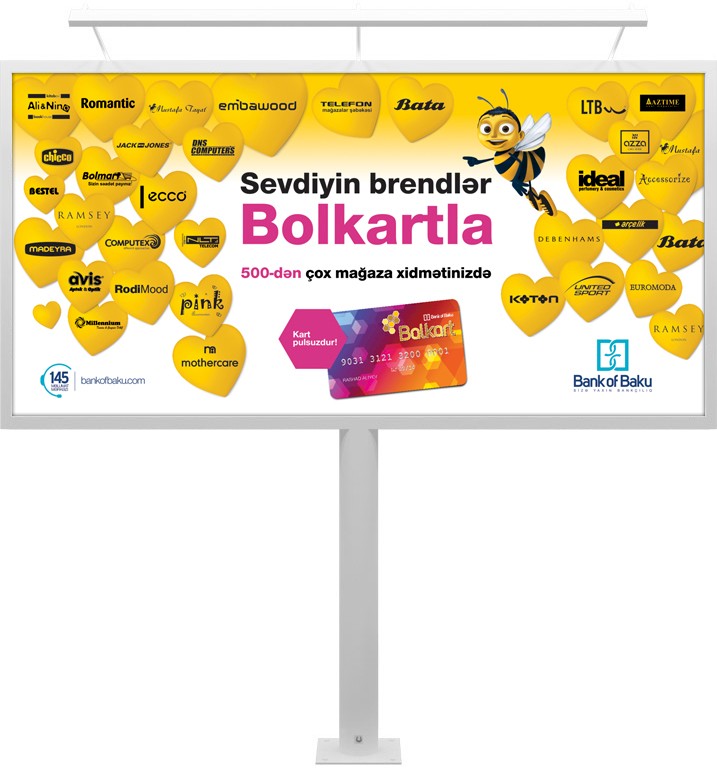 Layout of the campaign billboard. 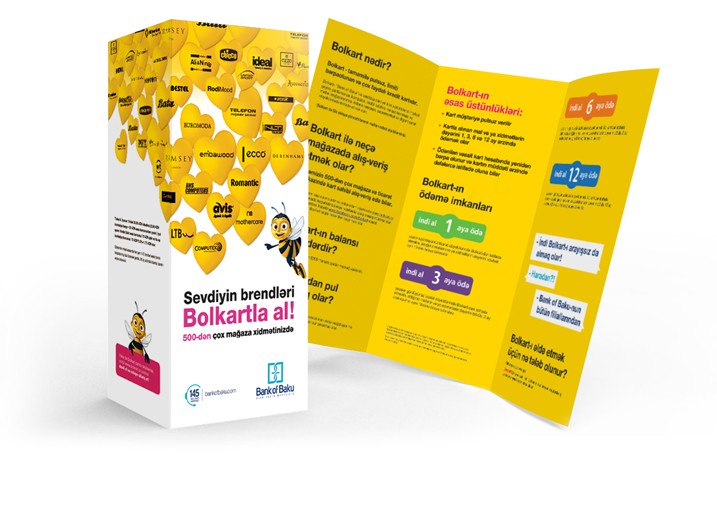 Booklets distributed in the shops and shopping centers. 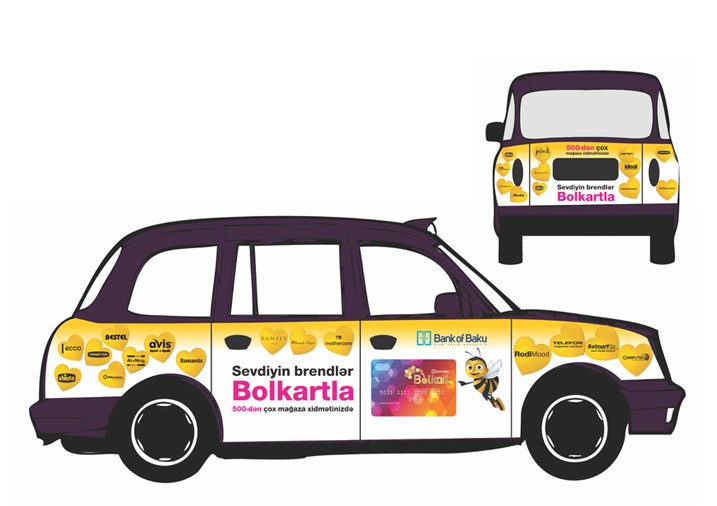 Layout of the campaign advertising on the city cabs.

​W​e have been doing design of BP Azerbaijan's Compass journal, since 2006.

Our goal was to create advertising platform for the new campaign of Bank of Baku that allowed members of Dostlar Klubu get a credit by SMS on the short number.